1. Choose a car in the garage. The more gun slots on the machine, the more weapons you can pick up and use at the same time in battle. A lot of weapons do not happen, but even better if they are already installed in the garage. You have more chances to win if you choose machines with installed tools in the garage: Tank Arams, Scropio, MARS, school bus, hammer, WarTruck or BEAR !!!

2. Break into the big map with other players. Here, every man for himself!
– first task: find the weapon on the map, which is highlighted by the icon. When driving a weapon, it will automatically fall into the machine’s gun slot. Weapons can be changed, you just need to overturn on another weapon and click on the icon of your weapon that you want to replace. If the cartridges are over, look for another weapon.
– Second task: find the enemy and aim at him. Shooting automatic! To heal, use the first-aid kit, to charge the weapon, use ammunition. If you run out of ammunition and first-aid kits call support (parachute button). Support falls from above on a parachute, after landing it needs to be picked up, after which you will have more first-aid kits and ammunition.
– Third (main) task: beware of leaving the narrowing zone to remain the last survivor.

3. Increase your level (rank). The higher the level, the more cool cars available to you in the garage. To increase the level, fight more and get experience points.

4. Tips:
– for causing damage to enemy vehicles, you gain experience points and silver, for destroying an enemy vehicle, you increase your profits.
– follow the standard of living and do not forget to be treated in time!
– watch the number of cartridges and do not forget to load a weapon in time or look for a new one!
– do not forget that you need to wait for the support caused by you and pick up otherwise the enemy can take advantage of it!

PERMANENT CONNECTION TO THE INTERNET NETWORK IS REQUIRED

The project is developing, wait for new cars, weapons, maps and game modes)

We are looking for partners and publishers … 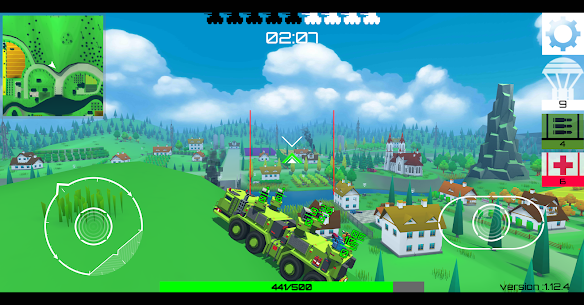 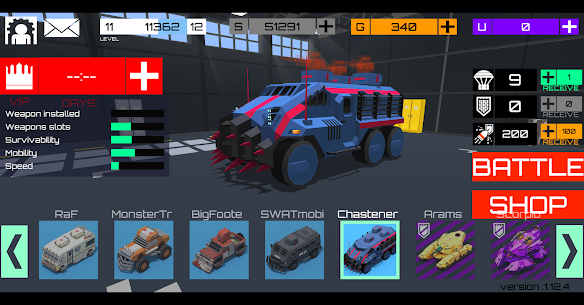 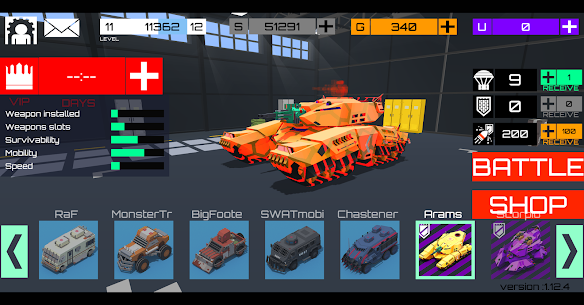 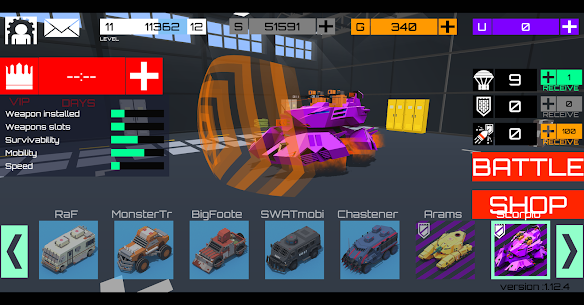